Combating climate change is one of the biggest challenges our global society faces this century. It is a challenge Konica Minolta is taking on with a wide range of countermeasures – avoiding, reducing and compensating CO2 emissions. To effectively compensate for carbon emissions, Konica Minolta Business Solutions Europe entered into a collaboration with the international climate protection expert ClimatePartner in July 2015. For four years now, Konica Minolta has been offering its customers an effective compensation solution with the “Enabling Carbon Neutrality” programme. Customers from eleven countries have already joined this effort, offsetting more than 10 million kilogrammes of CO2. Combined with further activities such as making its European headquarters in Langenhagen carbon neutral and compensating the emissions of its events and fairs, Konica Minolta has been able to compensate over 16 Million kilogrammes of the greenhouse gas. 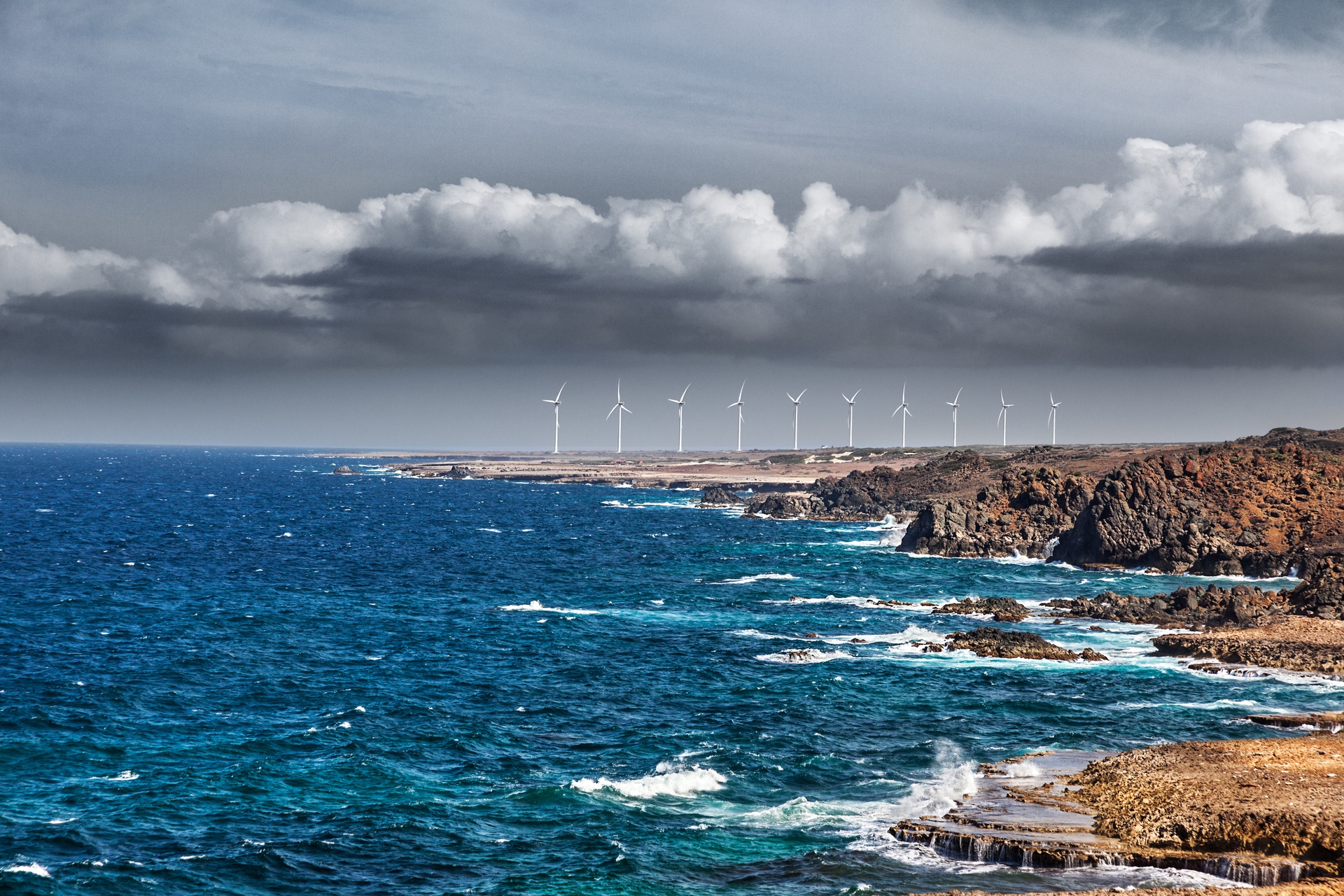 Konica Minolta’s collaboration with ClimatePartner was signed four years ago, in 2015, and is now entering its fifth year.

Customers joining in this programme support a gold standard-certified compensation project in Aruba: a windfarm with a total capacity of 30 megawatts that effectively reduces the island’s dependence on diesel and other fuels for power generation. This project helps fight global warming in two ways at the same time: first, burning fuel to generate electricity causes significant amounts of CO2 in itself. Second, the Caribbean island also has to import those fuels from abroad, which results in an additional burden for the climate. The project’s positive impact goes beyond climate protection, however: it creates local employment opportunities and entails modernisation and support of local infrastructure.

In January 2018, the company’s entire European headquarters went carbon neutral. All emissions, from energy consumption to staff commuting and business travel, are now offset – including those of large-scale international company events such as fairs and its European Leadership Campus (ELC). Combining all compensation activities of Konica Minolta and its customers, more than 16 million kilogrammes of CO2 have been offset.

Besides offsetting emissions, Konica Minolta is shifting towards the use of alternative energy sources. In January 2019 it joined RE100, committing to sourcing 100 per cent of its electricity consumption from renewable sources by 2050. The company’s European headquarters is already powered completely with renewable energy. All of these activities are in line with Konica Minolta’s long-term environmental target Eco Vision 2050, which was set up in 2009 aiming to reduce CO2 emissions by 80 percent by 2050 compared to 2005 levels. Konica Minolta is well on track: the medium-term target of 40% set for 2016 was surpassed with 49% in emissions’ savings. The company’s sustainability efforts are well acknowledged. In January 2019, the Canada-based Corporate Knights in conjunction with the annual meeting of the World Economic Forum (WEF) listed Konica Minolta among the “2019 Global 100 Most Sustainable Corporations in the World” (2019 Global 100).