Konica Minolta, Inc. (Konica Minolta) is pleased to announce that the company has been awarded the Good Design Award 2019 by the Japan Institute of Design Promotion (JDP) for the following four products: 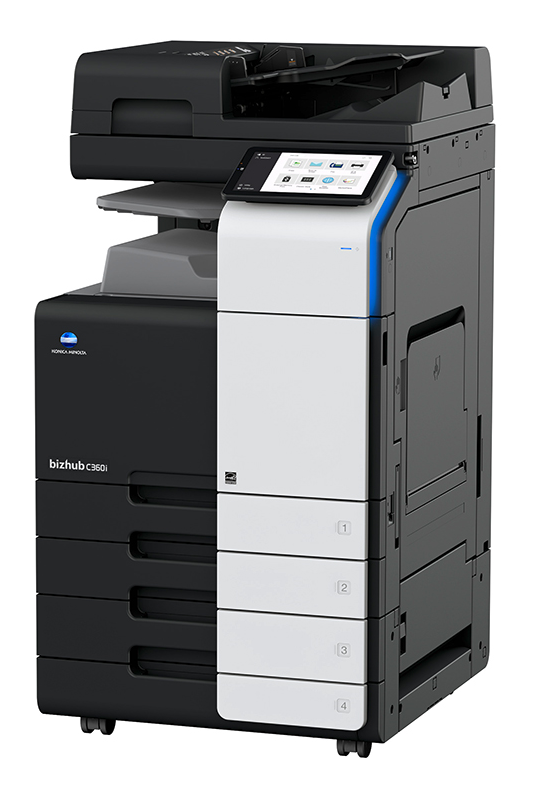 Feature of the design: This MFP series features a sophisticated design that blends advanced functionality with operability to cater to next-generation needs.

Comments from Screening Committee of JDP: In renewing the entire range of its MFPs, Konica Minolta has adhered to its design identity of INFO-Palette and succeeded in further refining the concept. The operation panel with a minimum set of keys makes the series more compatible with mobile devices, while improving operability through the user experience, user interface and universal design. As a result, the company has made this series more efficient and easier to use, while reinforcing its design identity. In addition, the neat arrangement of the LED indicator lamp and authentication section, and the improvements made to every detail of the exterior appearance, also earned high scores from the jury. 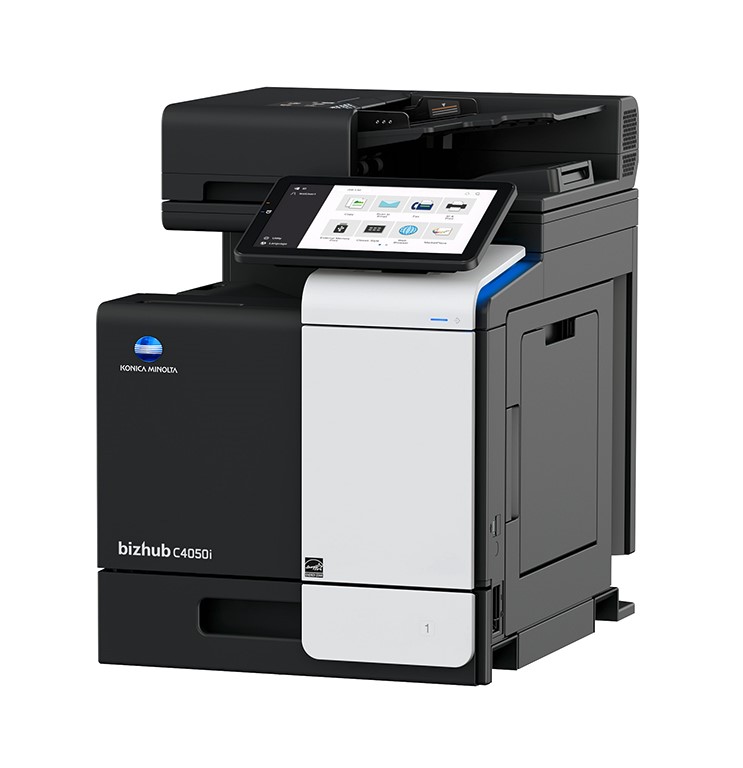 Feature of the design: To launch this next-generation MFP series, Konica Minolta redesigned the functionality and other details of its predecessor series to incorporate the same operability as the higher-end A3 MFP series in a compact body.

Comments from Screening Committee of JDP: Characteristically, this series builds on and further refines the design identity of INFO-Palette that underlies the entire range of Konica Minolta’s MFPs. While each model of the series has a large operation panel of the same size as that of the A3 MFP, its beautiful slim body allows installation in limited spaces for diverse workstyles, which has gained high marks from the jury. Like its A3 version, the operation panel with a minimum set of keys makes the series more compatible with mobile devices, while improving operability through the user experience, user interface and universal design, thus increasing the reliability of this series. 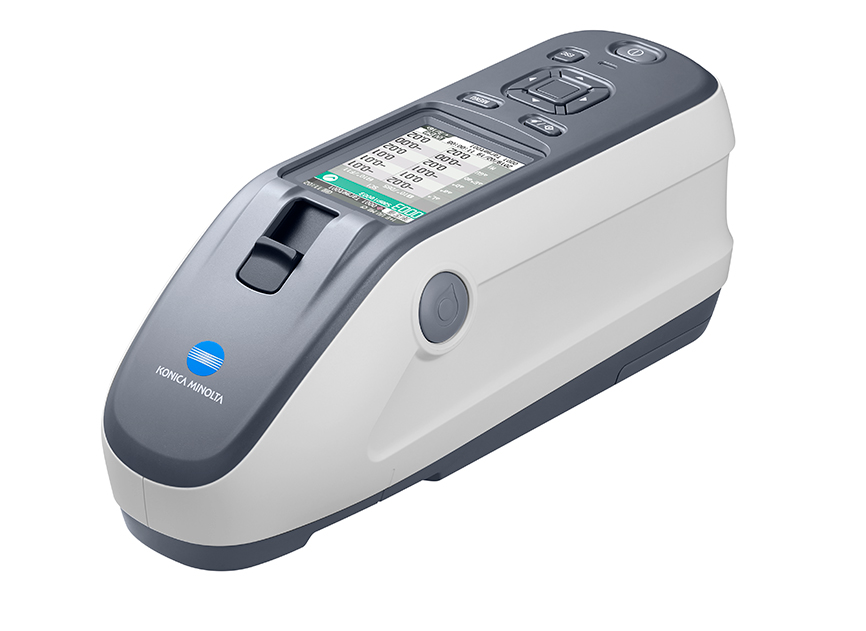 Feature of the design: The product is designed to minimise user stress and maximise operability and ease of handling.

Comments from Screening Committee of JDP: The CM-26dG can measure colour and gloss at the same time. The built-in integrating sphere of 54mm in diameter and finder, as well as the forward-sloping shape, allow users to measure in spaces inaccessible with conventional products, such as the gap between the front window and dashboard of a car. Its center-of-gravity position and grip’s shape enable users, both male and female, to hold the product effortlessly, which, coupled with the sleek user interface design, have been highly praised by the jury. 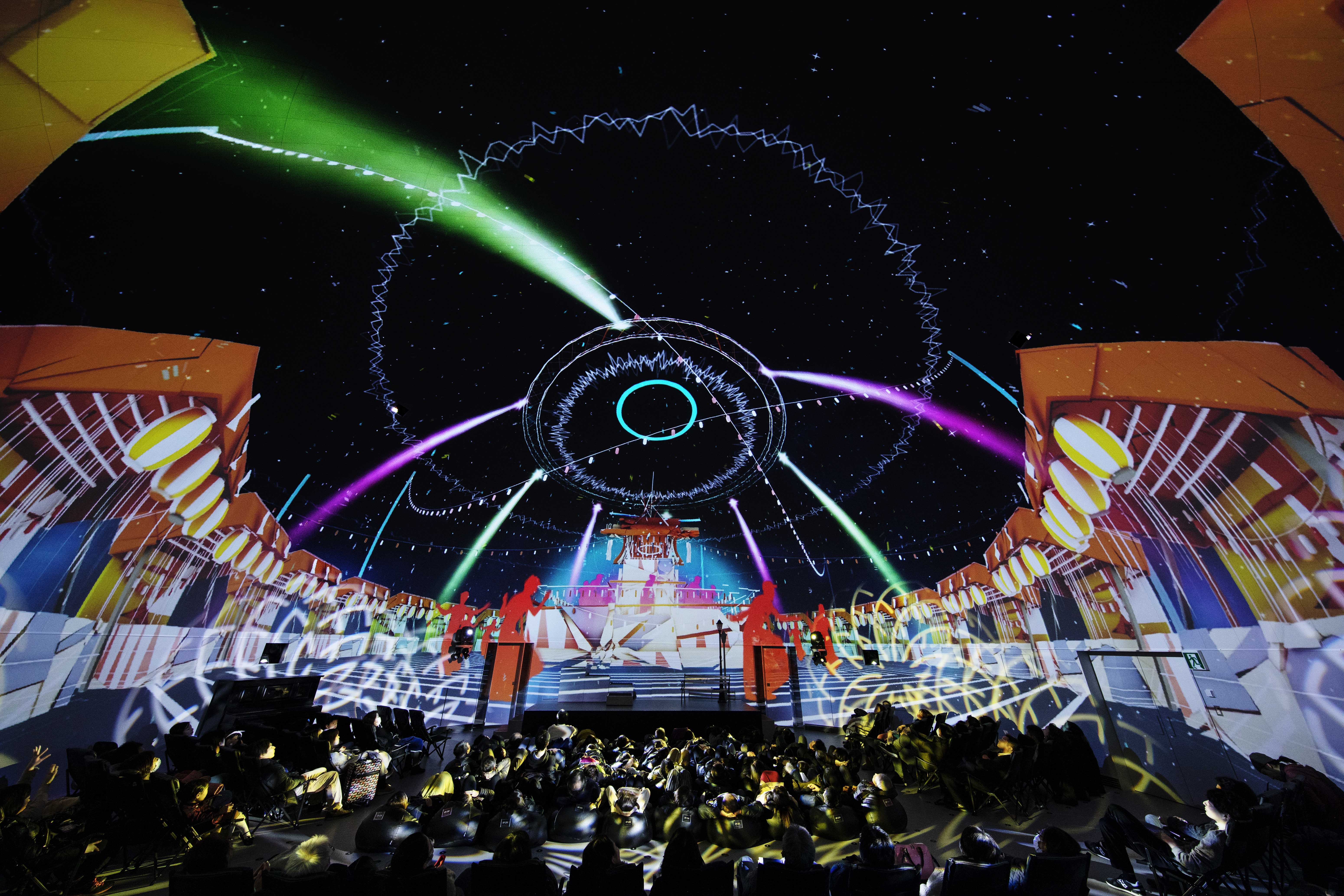 Feature of the design: Planetaria is designed to break the stereotypical image of a planetarium by offering a future-oriented brand-new planetarium experience.

Comments from Screening Committee of JDP: Planetariums, if used merely for projecting the starry skies, will not be able to survive. To break the stereotypical image of a planetarium, Konica Minolta has opened Planetaria, which offers a more engaging experience to visitors through events, such as live concerts and interactive shows, which encourage visitor participation. While the first Planetaria was opened in Yurakucho (Tokyo), the Planetaria program can be applied to planetariums in rural areas that are at risk of closing. If such rural planetariums are renovated as Planetaria-type facilities each with its own distinctive local characteristics, they may be able to help solve local problems.

About the Good Design Award